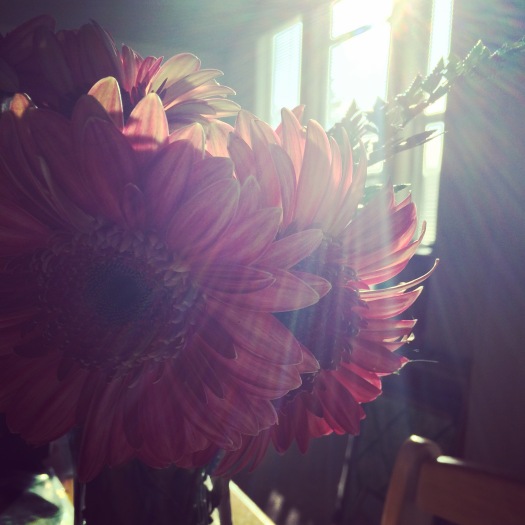 I had a conversation with someone recently about what I missed most about Idaho. The honest answer, aside from my family and friends, was the seasons. I missed the way things were always changing. I missed knowing that the weather and the scenery were never going to be the same for long. I missed knowing that even though 100 degree summer was awful, that crisp, beautiful autumn was not far behind. I realized that I loved anticipating all these things: the snow would melt into happy flowers, the rain would clear to gorgeous hot sunshine, summer would fade to orange leaves and sweaters, and just when everything turned ugly brown the snow would come to bless us with more dazzling white. I loved knowing that there was something different just around the corner. It filled me with hope, and it made me cherish the season we were in, because I knew it would soon be over. And it wasn’t until several quiet, thought-filled plane rides later, that I realized just how much this really paralleled to the rest of my life.

When I graduated from college, I had this, mostly unfounded, idea that “This is my life now. This is how it will always be.” Everything felt so permanent, so final. I knew there would be a season in the future with children, and that would change things a little, but, for the most part, I had this fatalistic feeling that I was simply stuck with what I had. “This is as good as it gets.” I would work the same job until I retired. I would live in the same house until one of us died. This was my life, so I’d better learn how to like it.

Obviously a lot has changed since then.

I have since come to believe that everything we experience is only temporary. Like the raging heat of summer or the dead cold of winter, no matter what season we happen to be in at the moment, it will pass.

I see now that I have already experienced many seasons in my life.

Working at the children’s hospital was a season. One filled with great learning and personal growth… a special time for sure… but it was never meant to be permanent. I see now that my career will pass through many seasons. Last year was a season of eye-opening, of learning what my expectations really were and what I really want out of the rest of my career. It was also a year of mourning over the loss of the job that I did really enjoy so much. It was also a year of pure survival, of learning how to simply get by with what I had, and how to assert myself without arrogance. It was humbling. Full of struggle and growth. But it was not permanent. Now I find myself in a new season. I don’t know yet what this season brings, because it is still too new. But I know I am excited about it. I do know it will be a time of growth and skill-building, as I venture further out of the realm of children’s therapy and into more full-time adult care. And that’s ok. This season has lots of support and wonderful people behind it. I know I will be better for it. And honestly, I know this, too, is ultimately just temporary. I don’t know what lies ahead in the next 5 or 10 years. But I do know that this season, right here, right now, is getting me ready for it, whatever it is.

My adult life in Idaho was a season. Even though I had briefly dreamed of moving elsewhere prior to college, once I had my degree and was all set to get married, it seemed that we would always be in Idaho. Yet here I am, in a new season, in a new state. I have already grown so much here, already learned so many things and gained so much more confidence. Now that I have moved far away from home for the first time, moving somewhere else far away does not seem nearly as daunting, either. That first move was filled with much doubt and fear… “Will I really be able to manage in a place that is brand new to me? Where I know no one, where my job is not guaranteed, where my mom is not just a short drive away to come help me if I can’t do it?” But true courage means feeling the fear and doing it anyway. And now that I’ve done it, I know I could do it again. I know that California is a season for us. I don’t know just where the next one will take us… maybe back to Idaho, maybe somewhere else. But there is comfort in knowing that this is not permanent. In knowing that I must really cherish the time we have here, because it will not always be this way.

We will eventually enter a new season with babies, too. I have no idea what that will hold. What I know for certain is that it will be hard. It will be exhausting and trying and, in all honesty, probably very depressing. This is not to say at all that I am not excited about having babies. But I know myself. I know that I will spend much of that time feeling sad and burnt out and doubting myself. But I know that the baby-toddler phase is a season. It too shall pass. I will come out the other side with my sanity intact, and I will, somehow, find a way to continue being myself. The childhood-teenage years are also temporary. There will be a season after those, too.

My point, if I have one, is that there is both great hope and responsibility in knowing that each season is only temporary. There is hope in knowing that whatever we are struggling with, it will be over eventually. We must not be defeated by our circumstances, because, as long as we keep moving forward, they are not permanent. If you feel, like I did, that you “don’t know what I’m supposed to be doing, but this isn’t it,” fear not. Keep looking, keep trying. The right opportunity will present itself at the right moment. We cannot lose ourselves to hopelessness.

But because these seasons are only temporary, we have a great responsibility to find a way to enjoy them. Find a way to cherish each time period, because it will not be this way forever. I wish I had realized that my time in Idaho was only temporary. I would have gone camping with my family more. I would have made more time for my friends. I would have worried less about things that didn’t really matter. Make memories. Do the things you want to do. Because you may not get the opportunity to do them again.

We also have a responsibility to learn from each season, too. We experience everything for a reason, and sometimes that reason is simply to get us ready for what’s next. So, even though it sounds totally cliche, we really should be asking ourselves all the time, “What I am learning? How I am growing? How is this making me better?” Especially when times are hard. Because those tough times are often what teach us the most.

I realize now that I need seasons. It is never enough for me to be stagnant, to be standing still. I need something to look forward to. Every once in a while I need to turn over a new leaf. And knowing that I can… knowing that I will… that makes me free.